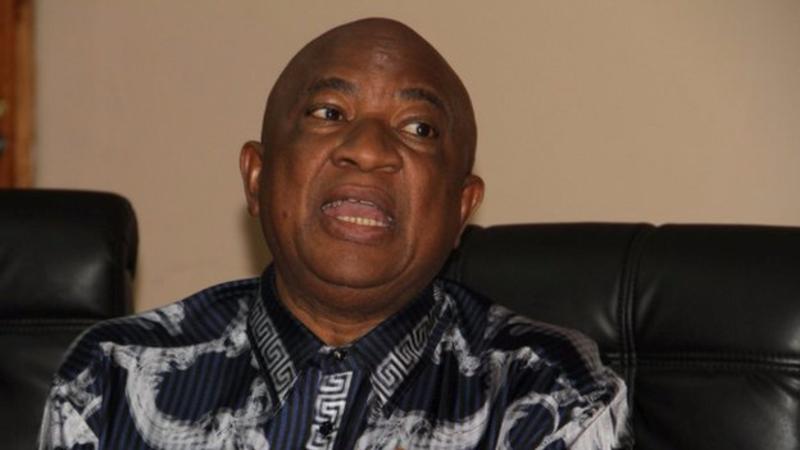 Council of Southern African Football Associations president, ‘Captain Fiasco’, and a source of worry for the Confederation of African Football – Phillip Chiyangwa could shape the future of the sport on the continent.

The 58-year-old Zimbabwean is flamboyant, daring and often controversial.

And he is currently at the centre of an almost unprecedented stand-off with Caf and its long-serving president Issa Hayatou.

Caf has sent a written warning to Chiyangwa over his plans for a meeting with other African FA chairmen and warned that there could be sanctions for “attempting to destabilise” the continent’s governing body.

In reply, he has written back in a tone Caf and Hayatou are not used to, expressing his shock and dismay at Caf’s letter and defending his position while referencing Fifa statutes and human rights.

It appears Hayatou, who is seeking an eighth term in office, is rattled and that a power struggle at the top of African football could be looming.

Chiyangwa is not the type to shy away.

Hailing from the same home area as President Robert Mugabe, Chiyangwa became one of the most prominent black business people in the first wave of Zimbabwe’s so-called “indigenous businessmen” in the 1990s as a co-founder of the Affirmative Action Group.

His interests include property, a school and numerous other business ventures, and he has been involved in politics, holding a position as an MP in the 2000s.

Chiyangwa famously brought music legend Michael Jackson to Zimbabwe in 1998, driving him around Harare in a black limousine.

His first interest in sport was as a boxing promoter in the 1990s, and his entry into football administration in 2015 was unexpected.

After becoming president of the Zimbabwe Football Association he declared himself “the god of football in Zimbabwe” and declared that he would aim for positions in Caf and Fifa.

Chiyangwa’s victory in the elections for Cosafa president last December came as a surprise.

He won the post as the head of football in southern Africa unopposed, with incumbent Suketu Patel withdrawing to make way for South African Danny Jordaan, who then withdrew just before the elections.

This is an example of the good fortune that seems to follow Chiyangwa.

While he may be something of a greenhorn in the world of football politics, he possesses a fearlessness that leads him to believe that greater things are ahead for him in football.