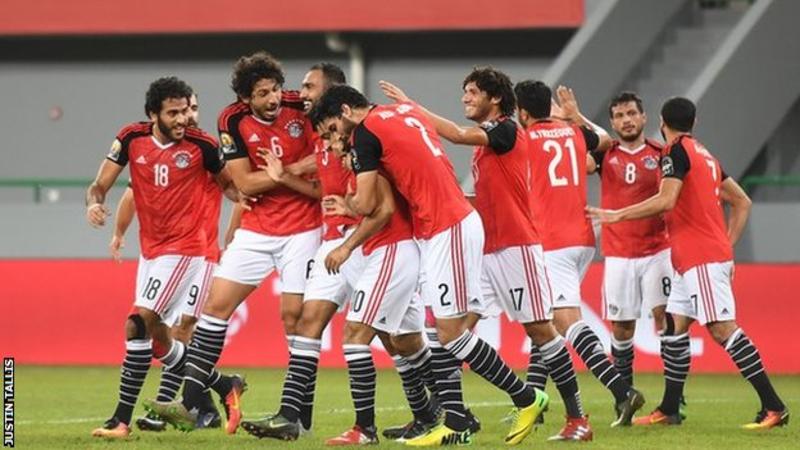 Egypt’s progress to the Africa Cup of Nations quarter-finals shows football in the country is emerging from a dark period, says Egypt Football Association board member Hazem El Hawary.

In the turmoil of political upheaval in Egypt, domestic football was suspended and there are still restrictions on fans attending games.

The national side has also suffered and they are playing at their first Nations Cup since 2010.

“This affected Egyptian football so much in the last four or five years,” said El Hawary, who is in charge of the country’s delegation in Gabon.

We know how the people feel when you win the trophy and go back to your country with the cup. It’s a massive thing for us

Ahmed Elmohamady
“But in the last year-and-a-half, we moved to a new stage – we are playing different football, we are making more friendly matches with strong teams, so I think in the last year we overcame what happened in the years before.”

El Harawi also insisted there is political support for football in the country, and that Egypt coach Hector Cuper and his new ideas have contributed to the revival of the national team.

The Pharaohs have won the Nations Cup a record seven times and face Morocco on Sunday for a place in this year’s semi-finals.

Four members of the current squad know what it takes to win the tournament, having been part of the last Egypt side to lift the trophy.

Ahmed Fathi, Mohamed Abdel-Shafy and Ahmed Elmohamady and veteran goalkeeper Essam El Hadary, who became the oldest player in Nations Cup history at this tournament, all picked up a winner’s medal in 2010.

The quartet have been spurring on their team-mates with tales of the reception for the team back home when they returned with the cup.

“El Hadary has played in seven tournaments and every time we have a meeting he speaks about how good it is when we win it,” Elmohamady told BBC Sport.

“We know how the people feel when you win the trophy and go back to your country with the cup. It’s a massive thing for us.”