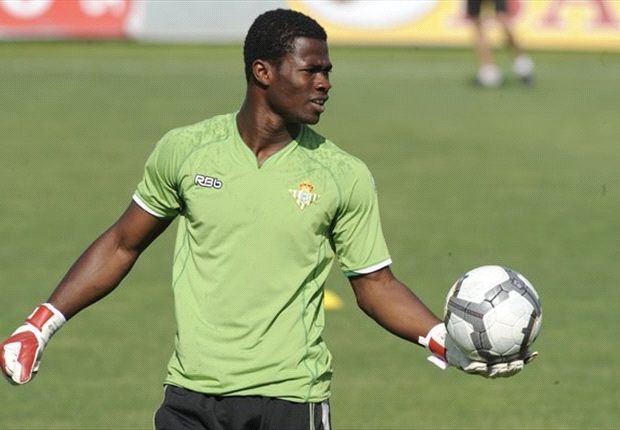 Ghana goalkeeper Razak Brimah has vomited insults to all his critics ahead of the showdown block buster semifinal against the Indomintable Lions of Cameroon tomorrow.

Razak in a recorded file tape used the F***word on several occasions telling his critics to go hung. He appeared to have no remose as he showed his frustration towards his nation, calling all negative supporters cowards.

Razak who plays for Spanish club Cordoba ended his rant bizarrely by calling for the ‘good fans’ to rally behind the team, ahead of their tense battle against Cameroon.

For his troubles, Razak was fined USD 2,000 by the Ghanian FA for breaching its code of conduct.

The winners of this west African derby will meet Egypt who beat Burkina Faso 4-3 on penalties in Franceville after a fiercely contested semifinal which ended 1-1 after extra time. The Pharoas are now making a record 10th apearance in the African Nations Cup Final.

It’s not a secret that all eyes will be on Razak tomorrow as he defends his reputation both on and off the pitch. #GhaCam