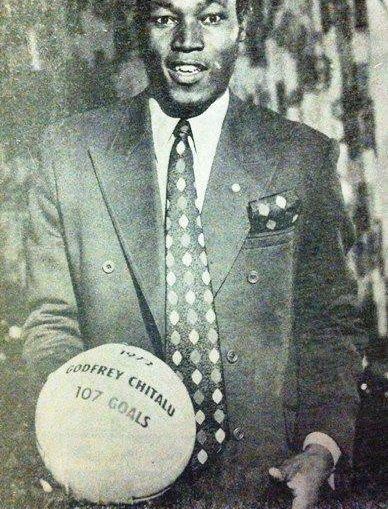 Did you know that the actual record holder in terms of goals per calendar year is actually an African and not Lionel Messi as alleged by FIFA . It’s actually Godfrey Chitalu.

The late Kabwe Warriors striker won Zambia’s player of the year award five times, scored #107 goals in 1972. Chitalu, who scored the goals in at least four domestic competitions and also played for Zambia’s national team, went on to become national coach. He died in 1993 when a plane carrying the team crashed near Gabon. He is gone but his record leaves on