The hand of the diasporans resident in the United Kingdom who trace their roots to rural Goromonzi was extended to schools within the district courtesy of the Goromonzi Kubatana Community Trust.

The handover of soccer balls and stationary was done at Rusike Primary School where five schools had gathered for the zonal athletics competitions. Schools present were Dudzu, St Dominic’s Nora, Nyambanje, Shangure and Rusike. Two neighbouring schools also got a soccer ball each and part of the mathematical sets that were available.

Representing the Trust on behalf of UK-based Marshall Gore, Robert “Jibha” Vambe said it has always been their wish to uplift their area of origin and on the next round of handouts, the equipment will come three-fold.

“We have also taken it upon ourselves to mobilise financial resources to enable the needy school-going children with their tuition and in this regard, the headmasters, councillors and School Development Committees will come up with a relevant selection criteria that will see at least five children benefiting per school,” he said.

Present at the ceremony were headmasters for the schools Moses Mungwariri, Madam Machaka, Mr Nyamadzawo and Mrs Christina Chifamba as well as head boys and head girls who included Temba Mushambadpe and Providence Chikoto.

Local headman Washington Mabhawu and Councillor Jailas Kachanga gave an emotional delivery of gratitude to the young sons and daughters of Goromonzi for not “abandoning the place they were raised up in.

Equally impressed was Chief Philemon Gore who promised with this kind of help coming their way, Goromonzi had the potential to produce world-class soccer champions.

The Goromonzi Kubatana Trust is a brainchild of Marshall Gore and 12 others who occasionally turn their heads in remembrance of their place of origin. The gesture could not have come at a better time than when the visiting Fifa President Gianna Infantino and Sports Minister Makhosini Hlongwane both harped on the importance of focusing on grassroots football development. 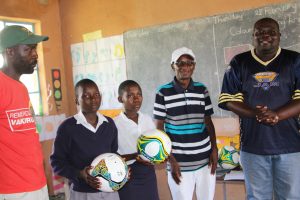 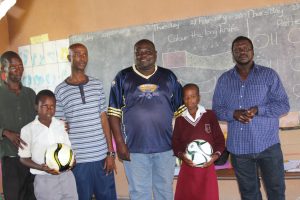 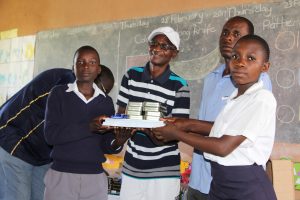 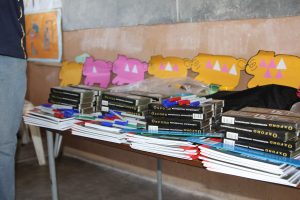