Sports and Recreation Minister Makhosini Hlongwane has made an emotional appeal to Fifa for support to make Zimbabwe’s 8 000 grassroots football clubs in line with the recently launched Sports Policy a reality.
While it is against the world football governing body’s statutes for Government to ‘interfere’ with matters to do with the sports code, Hlongwane took advantage of the platform given to him at Chiyangwa’s birthday bash as a “licence to speak directly” to Mr Infantino.

He said it is Government’s avid and diligent commitment to uplift football at the grassroots by way of taking the sport to the socially underprivileged as there are decolonial questions addressed by that.

“We are working with Zifa and the SRC and we also need support from Fifa. Many a times I have been questioned as to why I meet with Chiyangwa and I pose the same question to those people if they also wonder why Minister (Lazarus) Dokora meets with headmasters.

“I have 60 presidents of sports associations under my portfolio and am probably privileged to have people with that title (with lower case P) reporting to me.”

Turning to the “birthday boy” (Chiyangwa), the Minister reminded him that 58 was quite a high number and it was advisable for him to consider engaging in the low gear of life. 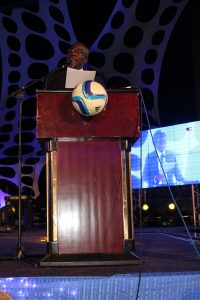 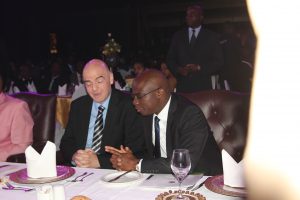