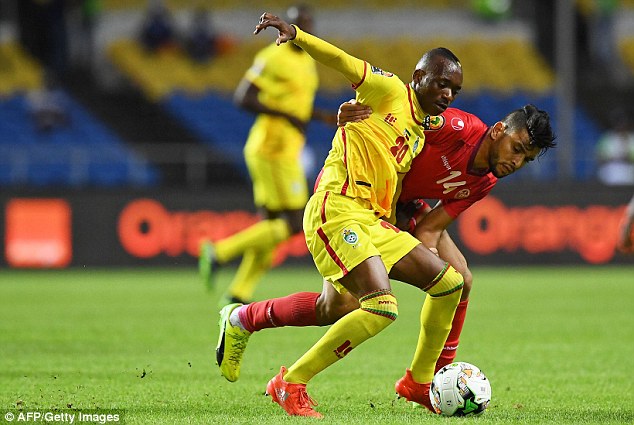 According to British football writer Jonny Singer who works for the Daily Mail (UK), Khama Billiat has what it takes to play in the English Premier League. Singer who is currently in Gabon to cover the African Cup Of Nations, included the Zimbabwean forward among a list of players he felt had the necessary skills requisite to cut it in the top English League.

Asked what attributes Billiat had, which would put him in good standing, Singer immediately pointed out that Billiat has abundant pace to burn, terrific footwork and silky skills.

“While Zimbabwe may have gone out in the group stage, Billiat was one of their stars of the tournament, especially impressive against Algeria, where he proved himself against defenders, who are playing at the top level in European football,” he wrote.

“At 26, Billiat is probably too old to be signed as one for the future. He is fairly lightweight, and would probably take time to adapt to the English game. That said, his ability to cope with some dreadful pitches in Gabon, and still trick his way past opponents suggests he is more than capable of adapting quickly.”

“Probably not a top Premier League side, but a mid-table club looking for a versatile goal-threat could consider Billiat to be worth a try. There is reported interest from clubs in the French and Belgian top flights, but don’t rule out a move to England down the line.”

“Billiat is one the best African talents I have seen in a long time. This guy can be on another level because he has everything. I think you have to move him to Europe,” Kuffour said during his post-match analysis of the Warriors’ 2-2 draw with Algeria at Afcon, where Billiat was outstanding.

“It would be very disappointing for Africa not to see him playing here. But in terms of his career and what he can do at 26 years, you have to move him to Europe.”