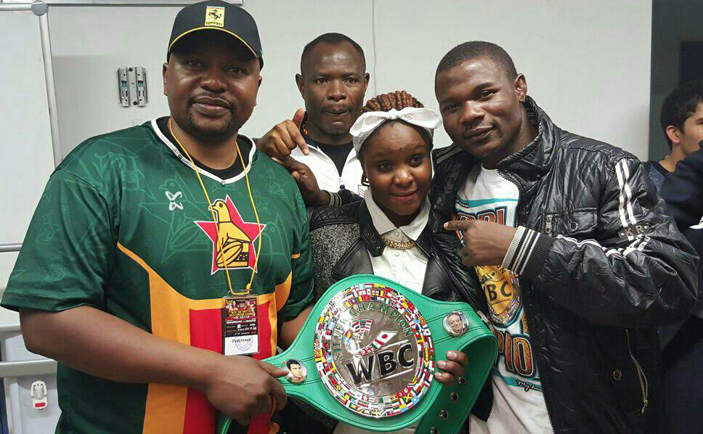 In the world of football, the supporter is known as the 12th man for the crucial role he plays in rendering the much-needed moral support for the favoured team.

When staunch Warriors supporter Alvin Harry Jnr Zhakata set out on a trip by road from Harare to Kigali in pursuit of first-hand action in a tournament that the national team bowed out of in the preliminary final rounds, he caught the attention of many.

It is estimated that the distance â€œAluvaâ€ undertook is 3 000km, but it is the arduous manner in which it was executed that brought forth lots of empathy for the traveler.

It is common knowledge that part of the region in the east is not safe territory owing to civil strife, but the Warriors fan endured and – sure as the sun rises from the east and sets in the west – he was there in Kigali to represent the entirety of the Zimbabwe football community.

Yet there is another man who can easily stand out and be safely equated as the â€œelder brotherâ€ to Zhakata in terms of the measures of commitment and patriotism he has exhibited, all for the love of the motherland â€“ Zimbabwe.

His name is Marshall Gore, a Zimbabwe-born London resident who has not only sacrificed time, but lots of money to ensure his country of birth is not forgotten.

And he seems to move around with a charm of luck, as he has returned a satisfied man in all the trips made to support his fellow countryman, newly crowned World Boxing Council silver welterweight champion, Charles Manyuchi.

As the nation basks in glory following the historic achievement by Manyuchi on Friday, May 6, Gore seems to have remained a pale shadow in the background: in contrast to the huge contribution he has made for the now celebrated success story.

He was there in Italy when Charles posted his first WBC European victory against Ginalucca Frezza, mobilizing six other colleagues to join him on the trip aimed at boosting the boxer’s moral.

Then he was on the plane to Harare from Heathrow to witness Manyuchi crowned Sportsman of the Year last December and it was also him who fought to have the Zimbabwe boxing superstar considered a nominee for the Zimbabwe Achievers Awards.

And late last week, Gore travelled all the way to Ekatarenburg â€“ via Domodedovo â€“ on a trip that cost him a British Airways T5 Club First Class passenger lounge ticket and 10 hours of return travel; but gained him immeasurable amounts of joy befitting a successful hunter.

Imagine he was the one who provided the Zimbabwean flag which was visible among the sea of Russian ones within the 27 000 capacity crowd at the venue of the fight, the DIVS Hockey Arena, Ekaterinburg.

Purposely, Marshall carried one with him knowing very well that Manyuchi’s handlers are Zambian and, though they have shown a lot of generosity in adopting the Zimbabwean pugilist, they may forget the â€˜small matterâ€™ of having the Zimbabwean flags on hand.