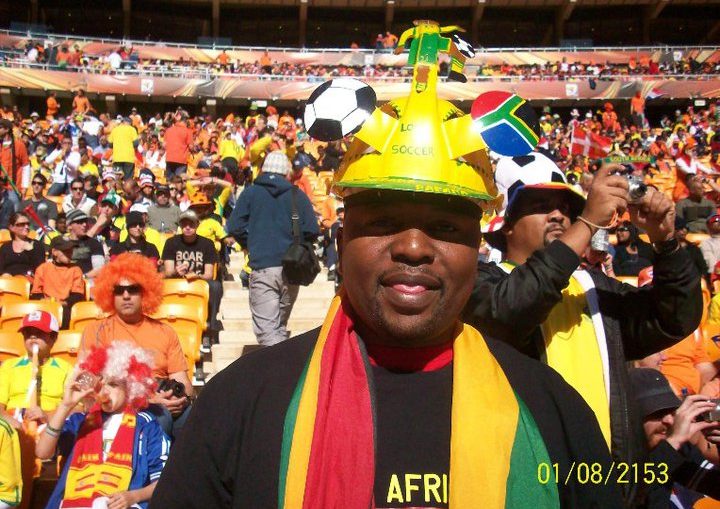 It’s now five years since Africa hosted its first ever World Cup in South Africa in year 2010. In reflection I don’t think we as Africans have done ourselves favours in telling our own success story in world football history. When I travel around Europe I still hear stories about Italia 90 and in South America they still talk about Mexico 86 and Zico. And when you go to the USA, the Americans still remind you with pride about USA 94. As a proud African, I felt that it’s important for me to share with you the successful story of South Africa/Azania (SA) 2010.

For me the journey to SA was more than just historical.  It was an emotional sabbatical return to my homeland Africa. The reason being, “This was the first time a FIFA World Cup was taking place on Africa soil.” I shall forever remember and cherish the great moments from such a spectacle as this may never be repeated on the continent in my life time.  I personally think SA deserves the highest praise for seeing the World Cup in such a beautifully magnificent fashion.  You had to be there to feel it was happening.

We all know that as soon as it was announced by Fifa, that SA rather Africa was going to host the tournament many doubting Thomases mainly from Europe started to speculate on anticipated crime trouble to ruin the tournament.  The unrepentant western media was on the fore front of peddling malicious and discouraging hazard speculation.  They prophesized doom on Azania everyday,  predicting that crime of gargantuan proportions would descend upon the country and its World Cup visitors and kill many of them or steal their belongings. From dawn to dusk the message of destruction was preached all over the world in western news media.  The aim of this was to put pressure on the appointers FIFA to disappoint Azania and award the privilege undeservedly to another European country on standby.

I’m glad that the expected never happened; no-one was killed or stabbed for any reasons to do with the football during the tournament.  The South Africans showed solidarity, patriotism and above all civilisation.  They welcomed and embraced all the visiting nationals with the true spirit of Ubuntu. They proved the world wrong, save for a one isolated report of theft from the England hotel room which was not substantial enough to make major world headlines.  Bar this, the organisation was smooth and perfect.  South Africa delivered and made us all feel what Jabulani is!  They made us proud as Africans.

Going back to the real football business, I was very fortunate to watch some of matches involving African teams, Algeria, Ghana and Ivory Coast respectively.  I have to be honest; the success for Africa on the pitch was dismal.  Special praise should go to Ghana though.  The Black Stars did well to preserve continental pride with their spirited performances against USA and Uruguay.  To me they were the Team of the Tournament together with the colourfully South African Fans.  They both kept the tournament alive irrespective of the host being eliminated prematurely during the preliminary stages.

When the curtain finally came down on the 11th of July, FIFA declared the tournament a success.  History had been made; attendance at matches went beyond expectations, shattering the American record of 1994.  I know for sure that this was not good news for the Cassandra’s from the West who were all expecting a bloody diamond scenario to epitomise during the world football festival. Credit must be given to the organisers for a job well done.  They passed with flying colours.  The architectural artistry of the stadiums and the exquisite display of African culture all combined to bring a brilliant end product.  SA set high standards of hospitality that proved hard to follow for the next host Brazil (2014)

I can’t finish this piece without paying tribute to the much talked about Vuvuzela’s.  The powerful sounds of the treasured trumpets become the hidden treasure of South Africa culture to be discovered after apartheid.  They united all the 32 nations together in spirit.  The Vuvuzela became the life and soul of the world cup party.  It was a must have for all the fans who graced Azania.  Its popularity to the world shall never be overshadowed by its annoyance.

I conclude by take this opportunity to extend my sincere congratulations to all those people in Azania who contributed in delivering arguably the best football World Cup of all time.  Long Live Africa Long Live Azania